First of all...thank you all for your comments and suggestions regarding my back issue! I decided my first course of action is going to be powering through it. I'm beginning a SLOW stretching routine every morning and night, followed by walking the dog with my husband again nightly. I've got to tell ya, some days are better than others and our walks may be a little slower than my hubby or dog would like...but I'm not going to let this back thing keep me down!

I also decided if it doesn't get better soon with the things I'm doing, I'm going to try the acupuncturist that cured my sons 3rd degree ankle sprain (a complete tear of the ligaments) in two days! Seriously...TWO DAYS of treatment! It was crazy, he was even able to play in the State Semi-Final football game without re-injuring it. He obviously wasn't able to run as fast and play both ways, but he played and made some key tackles. It was truly my first experience with going to one after a suggestion from a friend who's son plays linebacker for UCLA. This was after the Orthopedic Doctor told him it will take months of healing and rehabilitation and he absolutely wouldn't be able to play in that HUGE game...he wasn't even able to put weight on it!!


So I figure, if it can work for a torn ligament, it should do wonders for scar tissue right?! Well it definitely can't make it worse...so if I go that route I'll let you know how it goes.

Posted by Lisa Petrarca at 11:41 PM No comments:

Last week I started to feel that same low back pain that prompted me to go to the doctors 1 year ago. It then led to that TERRIBLE surgery that caused my intestines to become blocked, tube down my nose and unbearable pain as I laid throwing up in the hospital for a week. The cause of my severe back pain before was from an accumulation of scar tissue from previous surgeries I've had. The doctor cleaned it all out but warned me that it would probably come back.

Well...it's back and I'm really struggling, especially because I really want to start exercising again to get in shape before our first trip to New York in April for my sister-in-laws wedding. I can barely walk or move quickly because it kills me! It's SO frustrating...I feel like a little old lady or something. I absolutely refuse to go to the doctors again though so I think I'm just going to try to stretch (a lot), get a few massages and pray that it goes away.

Posted by Lisa Petrarca at 12:03 AM No comments:

Hanging Out at the Inauguration


My son Elijah has been in an International Business & Communications class (CIBACS) at his high school for the past four years. It's been an amazing class that's really helped prepare him for college and his future in the business world. Every year the CIBACS Senior class takes a trip...this year they went to Washington DC and attended the Inauguration. It was a once in a lifetime opportunity and even though he was hoping to watch Romney get sworn in, he was excited to be there and of course see Beyonce perform live! They had to wake up at 4:00 a.m. to be there by 5:00. He said it was freezing...which of course 50 degrees to Californians is unbearable!lol!

Along with the Inauguration attendance he's been enjoying the whole DC experience. They've had a pretty packed schedule: (1/19-Arrived in DC , Visit Smithsonian Museum;

1/20-Martin's Tavern Proposal booth (JFK proposed there) & Georgetown University tour;
1/21-Inauguration-Beyonce & Kelly Clarkson performances; 1/22-They have to take their finals (it's finals week back home so they're taking them on the trip) & then Arlington Changing of the Guards; 1/23-Tour of the White House (visit 8 different rooms), lunch at White House & then more final exams; 1/24-Tour of John Hopkins University; 1/25-Holocaust Museum, Vietnam War Museum and live performance of, "Our Town" at the Ford Theatre; 1/26-Fly home.) Luckily they always end up with extra time each day to explore.


Of course I looked up some cool things for him and his friends to go do and sent the list & links. I don't want him to miss anything! But so far he's still trying to adjust to DC time and said after the Inauguration, they went back to the hotel, fell asleep and woke up too late to do anything. I'm hoping that they'll be able to check out some cool places today.

So happy he gets to experience this! I told him to take tons of pics for me but so far the only pictures I've received are the ones I posted...which I stole from his Instagram and Facebook!;) 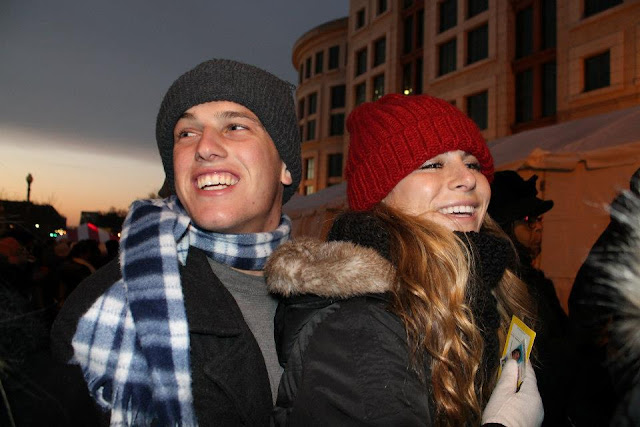 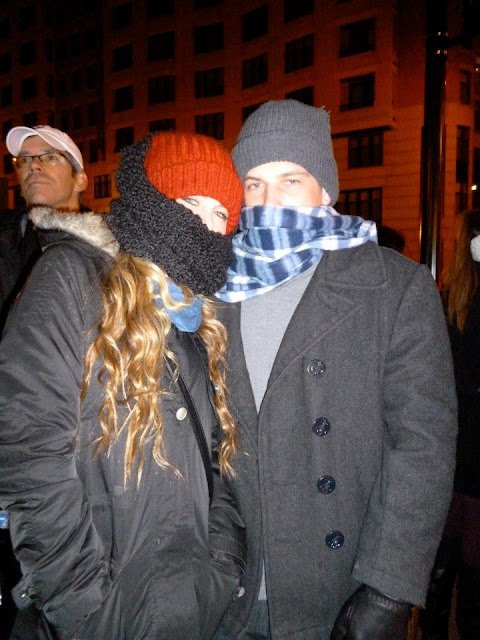 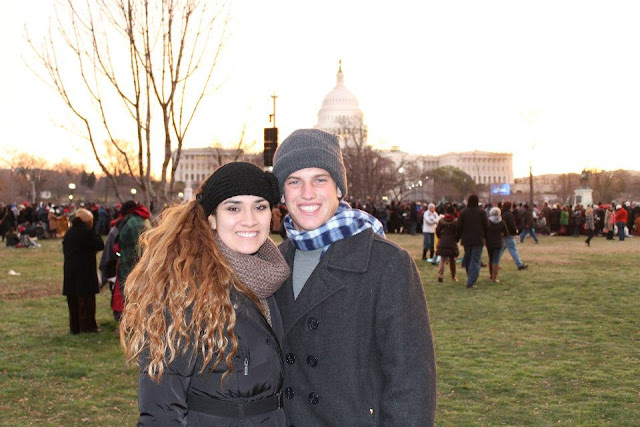 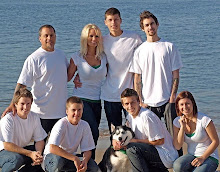 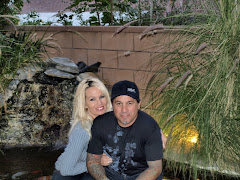 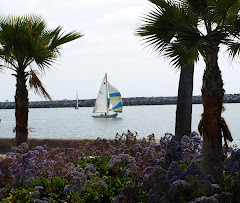 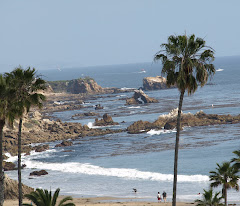